Parliament is not Government: MPs not MGs 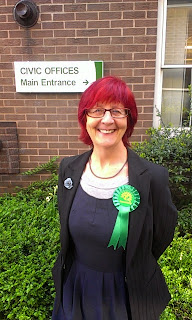 In my new state of political awareness I have realised the difference between Parliament and Government and the importance of getting people with a diverse range of opinions into Parliament as possible. There are 5 reasons for this:


So, here is some explanation of the difference between Government and Parliament:

This is the the set of people who Govern the country on a day to day basis in the name of the UK monarch: the Prime Minister and other Cabinet Ministers, and they only have power when there is majority of that political party in the House of Commons. The wining party select the Prime Minister and he or she chooses their cabinet. They are basically the UK's executive management committee.

This is made up of the Monarch, the House of Commons (elected members) and House of Lords (non elected members) and these bodies are the ones that decide on the laws by which the Government Governs (and by which the population abide). The House of Commons has the greater power and the Monarch's rule is mainly formal, not active. The Government has to have the backing of Parliament because Parliament debates their ideas before ratifying their decisions. Parliament also supplies "Her Majesty's Opposition" with the Opposition leader and a shadow cabinet serving a function of making sure that the Government does not do anything too weird. Therefore whoever you vote for, whatever their beliefs, are the people who can control what is done in the country. Power is devolved through Parliament.

My point is, vote for who you want in your constituency, vote with your heart and your voice, vote for difference and your beliefs because in order to get the best for the country all opinions have to be aired and no-one will be able to take the UK into a extreme, all powerful, direction undermining the needs of the people of Britain. Just Vote.