Education is not a soundbite 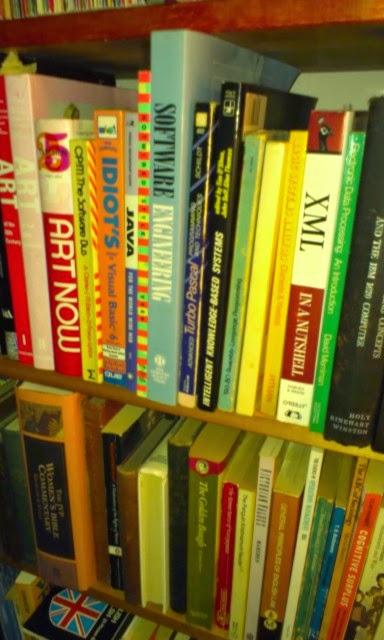 A local newspaper reporter asked me to outline my views on Education, briefly - only in two sentences, which is not nearly enough for me to say what I want to say about Education. And neither is this blog post, so I shall spare you the lorry loads of academic evidence and arguments that I could produce to illustrate my point of view. I have researched literacy and educational theories for a long time. I have chosen "Support for Education" as one of my election pledges not only because the subject is one of my specialisms, but also because the voters of South Derbyshire have concerns about Educational provision in the district: the secondary schools in the western part of the district are working hard to achieve Ofsted standards and adequate funding, while the eastern constituents are asking for another school to be built to accommodate an increase of population brought about by new housing.

A recent article in Derby Evening Telegraph reported that "children from poor backgrounds" in South Derbyshire are the least likely children in the UK to "succeed in life" according to a survey by the Sutton Trust (http://www.derbytelegraph.co.uk/Disadvantaged-children-South-Derbyshire-likely/story-26356349-detail/story.html). The article does not examine the reasons for situation or blame any of South Derbyshire's schools but does call for government intervention to end educational inequalities. So, why are South Derbyshire children such apparent failures? I was a bit puzzled because I think that my South Derbyshire educated children have succeeded in life. I decided to read the original research to pinpoint the problem and find out what can be done to improve the situation.

It turns out that the Sutton Trust was researching social mobility, the way that a child can move from one socio economic class to another, and the children that were studied (or rather, the statistics of the children that were studied) were those defined as "disadvantaged", meaning those receiving free school meals. Their GCSE results were examined as well as if they went to university and finally if they found a professional job. The study stated that it had nothing to do with the intelligence of the children. The study can be found here (http://www.suttontrust.com/researcharchive/mobility-map-background/). So, what the study seems to be telling us is that there are some children in South Derbyshire that are not not fulfilling their potential, for whatever reason, and the question now becomes how can Education help?

Successive governments have introduced schemes and strategies to measure and dictate what teachers teach with rigid targets and quotas to achieve. This sausage factory effect has not helped children to develop a sense of the love of learning for the sheer delight of learning. They have learnt to pass exams and reach, or not reach targets. Life-long education is vital for an informed, creative, literate and socially mobile population. To achieve this, the fully qualified staff of early years provision, schools and libraries should be allowed to inspire children in publicly funded establishments free from the dictates of targets and league tables.The Green Party intends to end academies and free schools and to fund local government adequately to provide for their schools. All children have a right to go to university and the Green Party will end student fees, allowing even the most disadvantaged children to achieve their potential. I believe that students should not have to pay £9000 for their education. I believe in scrapping the student fee. I went on student marches in the 1970's for all students to get full grants for their studies and I am distressed that it never happened. Education is not a sound-bite, education is a right.
Posted by Mazza at 15:41