Solar farms and the environment 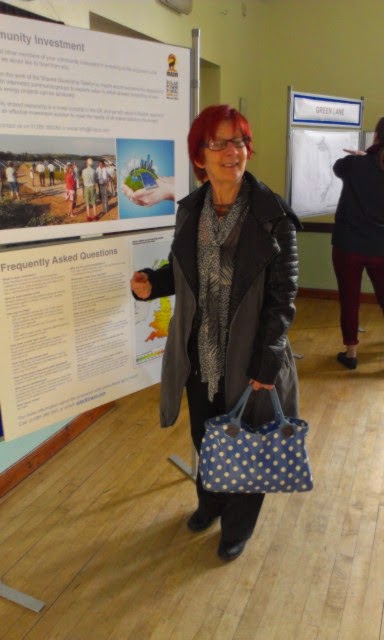 The day started with me being, well outraged is perhaps too strong a word, decidedly miffed at a minimum. I have listened to and respected the BBC Today news and affairs programme practically since its inception but for the first time today it let me down. Sarah Montague seems to believe that the Green Party is a one issue party judging by the way she was perusing Natalie Bennett about climate change and the environment in today's interview. The Green Party has been around long enough (at least 40 years) to have developed a well rounded set of policies which cover the vital issues of living in the UK, all tempered with the concept of being good to the planet and the people on it. The manifesto does not have to shout and scream "Save the Whales" or "Ban Fracking", I suspect that Ms Montague was confusing Green Party with Green Peace.

Environmental issues are still key to the Party. Non fossil fuels and clean, renewable energy are area's in which we would like to invest. Later on today I visited a proposed Solar Farm consultation and exhibition in Overseal, Derbyshire. I wanted to find out more about the proposal, the company's plans and the benefit to the local community. Although the company's main aim was to develop the site to produce power, they suggested many areas whereby the community could gain a better environment by duel use of the land, for example grazing, bee skips, wild flower meadow. It appeared to me that there is a distinct opportunity for South Derbyshire Greens to broker the possibilities of duel land use to local individuals, ensuring that it is just not a field full of Solar Panels. It doesn't need to be in our manifesto for us to be involved.

I really think that Ms Montague's researchers let her down today, she only quoted the "Mini-manifesto". Our full manifesto includes such  policies as: Decarbonising Transport; International Agreement on Climate Change; invest in an £85 billion public programme of renewable electricity generation, flood defences and building insulation. If that is not tackling climate change, I'll go sunbathing in December, between the Solar Panels.