Could William Hague be guilty of bribery or was it just a publicity stunt when this morning he announced that a new Conservative government would not only keep taxes low, but also would legislate to make rising  taxes illegal. This appears to me to be a shallow attempt to coerce the electorate into voting Conservative while imagining that the general population are avaricious and unintelligent. Firstly, even though a UK Parliament could make a law to not to rise taxes, the very same Parliament may also pass a counter law saying that it can, at any time that it chooses (http://www.bbc.co.uk/news/election-2015-32510931). I simply do not understand why the idea of tax rises is so bad. I believe that you pay for what you get, tax less and you get less: less jobs, less nurses, less libraries, less homes, less high quality education, a less healthy, literate, informed and happy population. We all pay tax to receive services and if we want services that will provide a good quality of life for everyone we have to be prepared to pay for them. 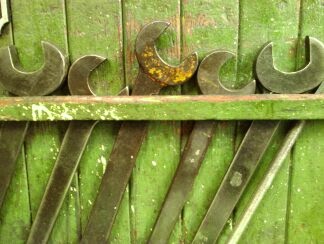 The Chartered Institute of Public Finance and Accountancy (CIPFA) also think that taxes should rise. In their Manifesto 2015 (http://www.cipfa.org/cipfa-thinks/manifesto2015). They believe that "Vote winning policies will only serve to damage the public interest". They say that the current set of cuts and the "Austerity" model is unsustainable and that cuts during a growth period is unprecedented. It has not and will not reduce the deficit and that Government has to budget for the medium and long term. One of the major problems is the increasing proportion of people over the age of 64 to those between 16-64: it estimates that state pensions will account for around 16% of government spending by 2019. They emphatically state "If debt levels are to remain sustainable: either taxes will have to go up, substantial cuts will need to be imposed on other budgets such as education, or care and pension levels will need to be cut. There are no other options."


So, the Green Party are committed to raising taxes. At least we are honestly stating that, we are not giving hollow promises that we will or will not keep or taxing by stealth, such as student loans or uping VAT. We understand the reality and we know that by investing in public services tax payers will get value for money. More tax means more jobs, more nurses, more teachers, more buses, more affordable homes, more care and more equality. A common question asked of Green Party election candidates is "... and how will you pay for that?". The frank answer is "by increasing taxes". However, the tax increases are targeted on people who are well able to pay them. The Green Party 2015 Manifesto sets out in fully costed detail what taxes will be increased or introduced (https://www.greenparty.org.uk/we-stand-for/2015-manifesto.html). Some will be unpopular, for example the reintroduction of the fuel duty escalator, higher duty on tobacco and alcohol. Whereas other will be popular, reducing the tax gap between the highest earners and the general public with a new top level 60% income tax. This on its own could raise £120 billion per year. We will wage a war on tax dodgers with a new army of HMRC recruits, reinstating posts that have been cut. There will be some tax reductions, for example, employers' national insurance and VAT on housing repairs. We will take the money in, like every government does but then we will reallocate the money and channel it into the things that matter. We will give you back your money, as hospitals, trains, houses, nurseries and schools.
Posted by Mazza at 16:59